Aniractem: What you should know 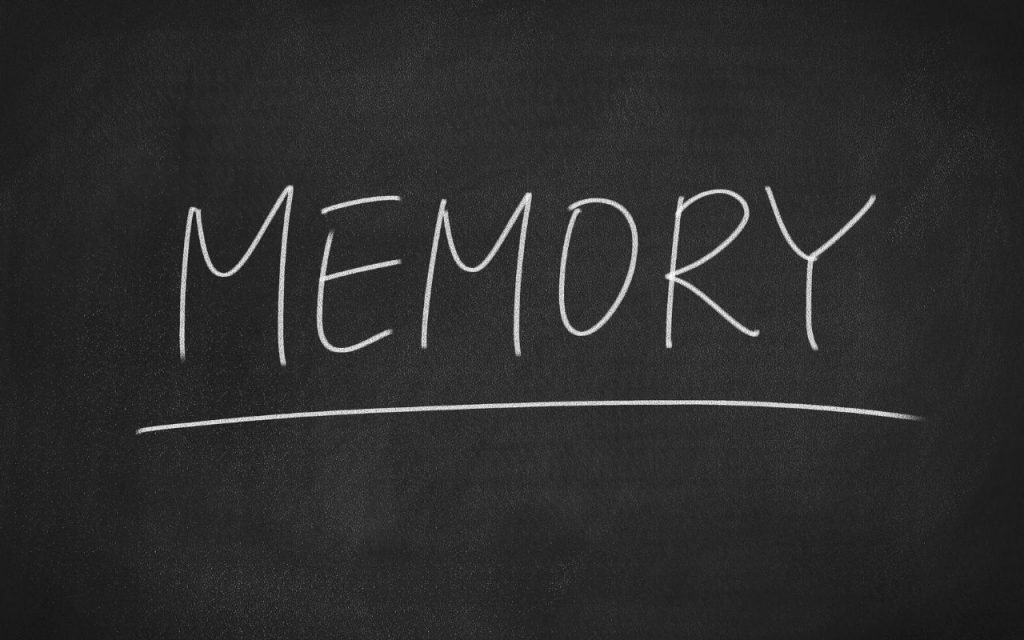 Aniracetam is a nootropic that purports to improve anxiety, increase performance and limit cognitive decline.

Aniracetam can help those suffering from cognitive disorders, but is primarily used for its ability to stimulate mental performance.

It is a member of the racetam family.

Whilst it is a derivative of piracetam, due to a difference in molecular shape, aniracetam is more easily absorbed and has a larger impact.

This has not been replicated extensively in humans and the majority of studies have been performed using rats.

In humans, aniracetam has been used for its potential to reduce dementia.

The mechanism of action is complicated and not well understood in humans. However there is a rudimentary model for how it works according to animal models.

Aniracetam works to increase levels of numerous neurotransmitters in the body such as acetylcholine, GABA and dopamine.

It is able to bind to AMPA receptors, altering the shape of the receptor.

Aniracatem also increases the sensitivity of AMPA receptors to stimuli, such as glutamate [1][2].

AMPA stimulation releases a cascade of neurotransmitters such as noradrenaline [2].

The net result is a supposedly wide range of beneficial mental effects.

Aniracetam appears to be absorbed in under 30 minutes, and is rapidly metabolized, with higher doses prolonging excretion.

Aniracetam is a neuroprotective drug that has been found to clinically decrease anxiety in impaired subjects [4].

It is proposed that it does this by altering our serotonin, dopamine and choline interactions.

The symptoms of depression were reduced in a study on rats forced to undergo a stressful physical test [3].

It did this by stimulating nicotonic acetylcholine receptors.

The antidepressant effects of aniracetam were stronger in rats with impaired cognition compared to normal rats.

Aniracetam may enhance also serotonin by mediating the action of GABA [5].

The neurotransmitter GABA can improve mood and anxiety.

Dementia symptoms can significantly affect quality of life. Aniracetam appears to ease symptoms in those with mild symptoms of dementia.

In a study of 276 seniors with advanced dementia, Aniracetam supplementation outperformed alternative treatments [6].

The group taking aniracetam performed the best on cognitive tests at 3, 6 and 12 months after treatment, maintaining these benefits for the duration of the study.

However, it is likely that these improvements are evident far sooner than 3 months, as this time was due to the study parameters.

Taking aniracetam appears to be exert a beneficial effect on emotional stability for dementia patients.

A double-blind randomised study examined the the effects of aniracetam in 150 patients [7].

Aniracetam was observed to result in a statistically significant improvement in behavioural parameters.

The drug tolerability was excellent in both groups.

Aniracetam dosage of 1500 mg/day was significantly more effective than placebo in all cognitive tests [8]. Preliminary evidence suggests that the safe tolerability of aniracetam lends itself to further evaluation.

The benefits of aniracetam are promising for learning and neuroplasticity.

However most of the benefits have been found in those who have an existing neurological deficit.

Through AMPA modulation, Ampakines like aniracetam & piracetam can upregulate BDNF [9].

In one study, aniracetam supplementation of 10-100 mg/kg per day led to normalisation of deficient mental function [10].

These subjects were mentally impaired, and aniracetam reversed these impairments.

In clinical studies of senile adults, dosage of 1500 mg/day was well tolerated [8].

It is likely that healthy adults can tolerate this dosage without issue.

Intravenous intake is not recommended as toxicity has been reported at 50 mg/kg dosage [12].

The potential side effects include jitteriness, headache, insomnia, vomiting and irritability.

This site contains affiliate links to products and services we recommend. We may receive a commission for purchases made through these affiliate links. However, this does not affect our reviews. We only suggest products we’ve reviewed and use, to help you make the best choices. 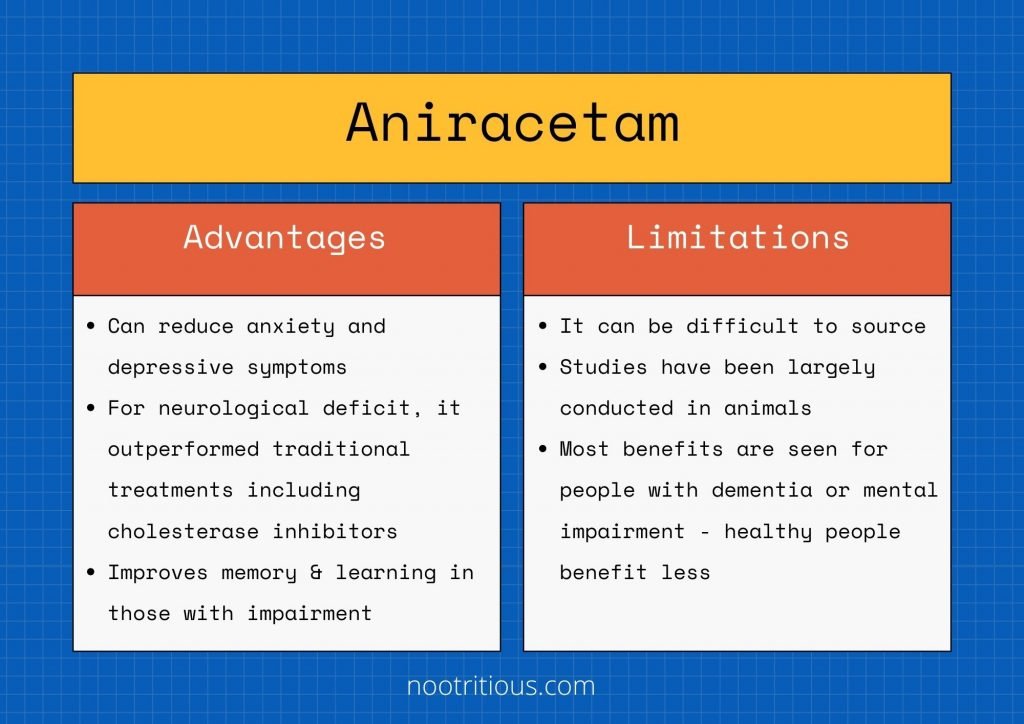 Aniracetam should be purchased from a trusted source which is why we recommend Nootropics Depot. Currently, stock is unavailable as there is a global shortage.

How to take and buy

Most supplement companies sell aniracetam at dosages of 500-750 mg.

Aniracetam is fat-soluble and should be taken with a fat-containing meal.

However it appears to be taken up in the gut, even in a fasted state.

Aniracetam has a bitter taste, which should be a consideration for those who want to purchase powder formulations.

Aniracetam is safely tolerated at dosages of 1500 mg/day.

Aniracetam has been shown to have clinical benefits for adults suffering from cognitive decline at this dose.

As with other nootropics, healthy people have limited benefit compared to those who are unhealthy.