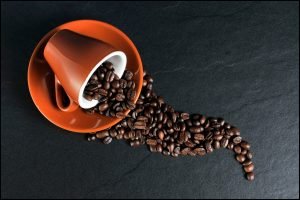 Believe it or not, caffeine is a nootropic.

Caffeine is the most widely used nootropic in the world due to its effectiveness.

It is a powerful stimulant and is often used to increase alertness, physical and mental performance.

The effects of caffeine usually begin within 20 minutes to an hour of consumption.

However, the benefits of caffeine are often short-lived and continued intake will lead to increased tolerance and lower benefit. In this article, we summarise how to take caffeine to prevent the dreaded comedown of caffeine while maximising enhanced alertness. 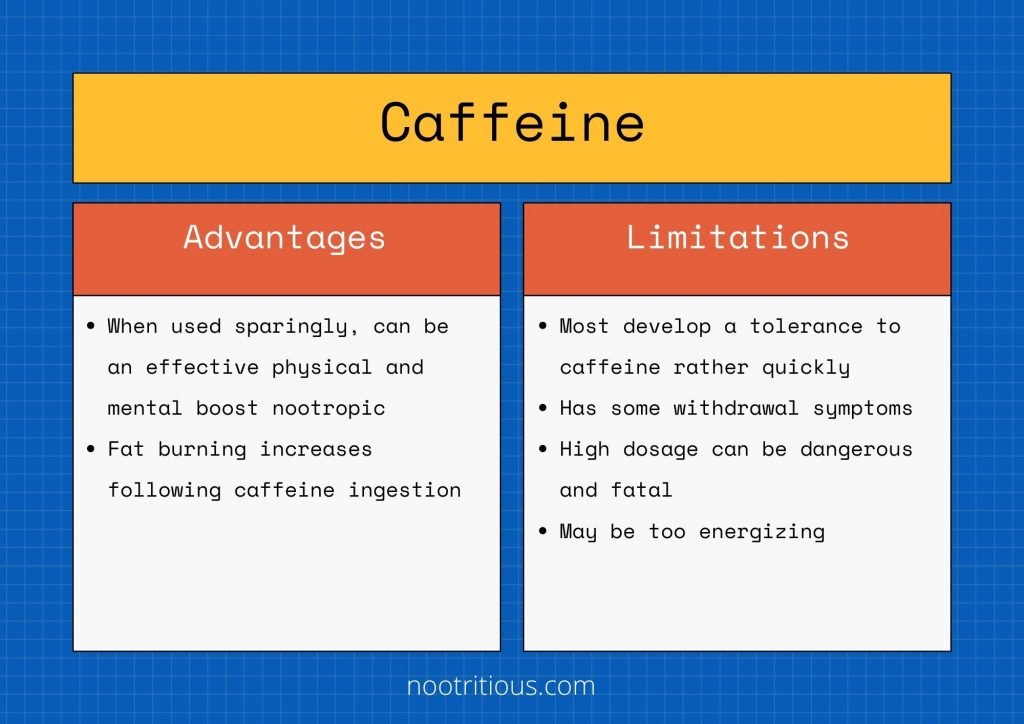 Most people prefer to ingest their caffeine in the form of a pleasant coffee. Deriving caffeine from energy drinks is a poor choice however as they have numerous adverse health impacts.

How does caffeine work?

Caffeine is usually ingested orally, where it is absorbed in the gut and enters the bloodstream.

It then travels to the liver where it is broken down.

However caffeine is mainly taken for its primary effect on the adenosine receptors in the brain. Adenosine is a neurotransmitter that causes feelings of sedation and sleepiness.

Caffeine is responsible for the blocking of adenosine receptors [1]. Our sensitivity to methyxanthines affects how we experience the effects of caffeine (caffeine is a kind of methyxanthine known as- 1,3,7-trimethylxanthine).

Caffeine also increases dopamine and adrenaline activity in the brain. These combined effects promote an alert and active state of mind.

How caffeine works to promote alertness and metabolism

The binding of caffeine and paraxanthine to adenosine receptors is what contributes to the stimulatory effects of caffeine. Due to the blocking of adenosine, caffeine leads to the release of adrenaline, dopamine, acetylcholine, serotonin and glutamate [2]. We suggest that people pair caffeine with L-theanine to avoid excess arousal that will impair performance.

Effects on body fat and muscle

Firstly, caffeine is a stimulant and not a typical nootropic. However it confers a host of benefits in the short term. 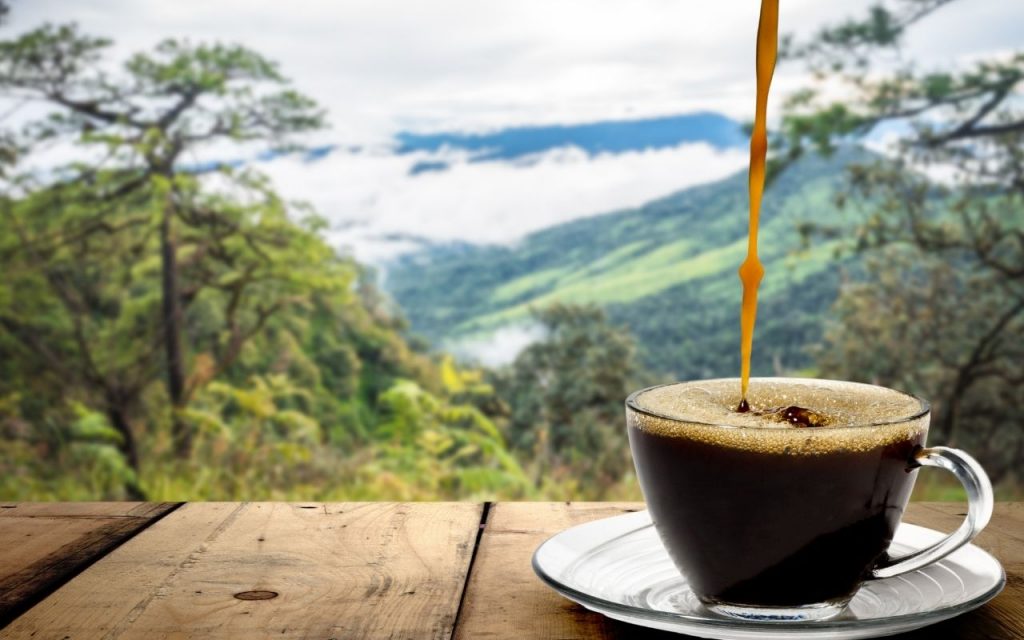 Image by FroYo_92 via Getty Images

The primary reason for caffeine’s prevalence is it works to promote wakefulness.

Double-blind study of 102 people of all ages found that sedation was significantly lowered upon caffeine ingestion of 450mg [3]. Warding off sleepiness is especially helpful if you have a deadline to meet.

Caffeine increased arousal as measured by EEG alpha activity and skin conductance level when combined with opening of the eyes [4]. Arousal is necessary for optimal performance. It is important to maintain a balanced level of alertness however, so we recommend pairing your coffee with L-theanine.

A cup of coffee may improve your running and cycling times by around 4-5%.

In well-trained cyclists, dosages of 3mg/kg bodyweight caffeine led to 4.2% improvement in a time-trial [5]. However relative to placebo, their heart rates were elevated during exercise. The increase was small however, around 3-4 bpm.

Another study found that 6mg/kg bodyweight of caffeine led to increased performance in endurance exercise, decreasing the time to complete a 40km bike ride significantly [6]. It’s thought that the benefits are due to caffeine’s effects on reducing pain sensitivty.

Anaerobic strength typically refers to resistance training or weightlifting. When you are exercising intensely for short bursts this is anaerobic exercise.

Anaerobic strength is vital for improving our strength and density, and helps us to maintain and build muscle.

A quality study of olympic rowers found that 2000m times improved after 6mg/kg caffeine prior to rowing [7]. These time improvements are marginal, but in sports any gain can mean victory or defeat.

A study of amateur athletes found that 6mg/kg bodyweight caffeine led to intermittent sprint ability increases. This kind of movement is found in football and tennis. The testing protocol were 4 second sprints separated by 2 minutes of active recovery at 35% VO2 max.

The caffeine group had greater (+7%) peak power during sprints and also performed a greater total volume of work (8.5%) [8]. So a cup of coffee may lead you to performance increases, and also help improve your stamina at the same time.

As a result of the pandemic, a large proportion of us have been working from home. Remote work has its unique challenges and one of those is the rise in inactivity from sitting down at our desks all day.

Caffeine has been shown to increase our metabolism, which may help with weight loss. In fact, it is quite effective at doing so.

A double-blind, placebo-controlled study found that supplementation of 100-400mg caffeine led to increases of plasma glycerol and fat metabolism [9].

Caffeine effects may increase fat burning by around ten percent after ingestion.

The Nootritious way to take caffeine is to pair it with L-theanine (a l-theanine:caffeine ratio of 2:1) for sustained alertness without the comedown. L-theanine is found in green tea, but you can purchase quality Suntheanine products from numerous supplement brands.

A benefit of l-theanine is the reduction in blood pressure from caffeine.

Timing your caffeine intake is crucial to ensure an optimal sleep. This is because caffeine has a half-life of 5 to 10 hours, which means that if you have a cup of coffee after lunch it may still be in your bloodstream at 11pm. The difference in half-life is due to innate individual variations affecting caffeine metabolism [2].

Note: Foods and beverages are not required to list caffeine on their labels, only drugs need to list caffeine content. Energy drinks can classify their products are dietary supplements and bypass this. Therefore it is necessary to be mindful of these hidden caffeine sources.

Caffeine intake is generally safe but it is also habit forming.

The FDA proposes that toxicity is observed when around 1,200 mg of caffeine is ingested rapidly.

However it is difficult to reach these high doses and taking doses of up to 400 mg/day is not associated with adverse health effects.

Pregnant women should limit caffeine to 200mg/day as caffeine crosses the placenta and may cause growth problems.

The FDA and European Food Safety Authority both consider a safe daily intake of 400 mg.

However, it is recommended to limit your caffeine intake to around 200 mg per dose.

The American Academy of Pediatrics discourages the consumption of caffeine and other stimulants by children.

Pregnant women should limit their intake to 200 mg per day.

Decaf coffees have less caffeine than their normal counterpart. But they still contain around 2-15 mg per cup. Therefore if you are especially sensitive to caffeine it is recommended to minimise consumption altogether.

Caffeine is generally well tolerated up to 400 mg per day in healthy adults.

It can promote fat burning, decrease tiredness and help performance.

But it is important to time caffeine intake so it does not impact your recovery.

Pairing caffeine with L-Theanine promotes an alert but focused state without the associated caffeine crash.